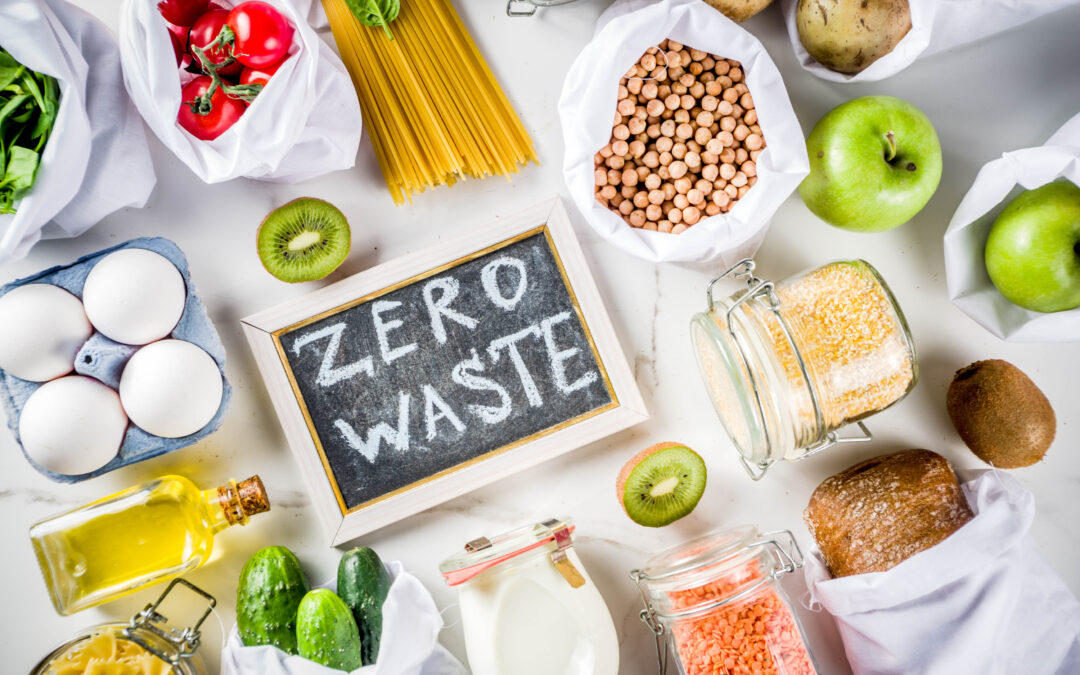 It’s often said that the way to a person’s heart is through the stomach. The same principle could apply to fixing the broken food system.

Food loss and waste, the carbon-intensive production and distribution of food, hunger and food deserts: These are just a few inefficient and unequal outcomes of today’s global food system. The principles of a circular economy offer a helpful framework to envision a more resilient and regenerative alternative — and chefs might be the missing ingredient to successfully realizing a new model.

“When you talk about biodiversity and conservation, there is no value,” said prominent Brazilian chef Alex Atala, who runs the world-renowned restaurant D.O.M. in São Paulo. “When you taste biodiversity, there’s a new meaning and new value.”

Atala was one of four chefs tuning in from around the world who spoke about cultivating a circular economy for food during the Ellen MacArthur Foundation’s Big Food Workshop last week. According to these culinary leaders, we have to start with the food itself: the ingredients; the preparation; and the flavor.

Biodiversity, conservation and a shift towards regenerative agriculture is just one piece of a holistic vision for a better food system. The Ellen MacArthur Foundation breaks down circular food systems into three, bite-sized pieces in the report “Cities and Circular Economy for Food“: Food production that improves rather than degrades the environment; ingredients kept at their highest value and cycled through the biological system; and people that have access to healthy and nutritious food.

It’s not enough to ask people to put something on the plate because it’s the right thing to do. We want people to enjoy it.

The report’s analysis suggests that a successful shift not only would benefit the climate and communities, it also would generate $2.7 trillion in annual benefits by 2050. And chefs will play a vital role in driving this transformation.

Chef Kim Wejendorp knows a thing or two about food waste — or in his case, the inventive use of every ounce of an ingredient.

Head of R&D at Amass Restaurant in Copenhagen, known for its fine dining and zero-waste kitchen, Wejendorp believes “it’s a matter of deriving flavor from otherwise byproducts or what would be considered waste in commercial kitchens. It’s not enough to ask people to put something on the plate because it’s the right thing to do. We want people to enjoy it. We want people to come back to these ingredients as things with their own intrinsic value.”

Wejendorp recognizes the impact of each ingredient, and the responsibility of the chef — in commercial and home kitchens — to actively avoid waste where possible. “Anybody looking down at a cutting board that’s about to sweep whatever they’ve got leftover in the bin, stop and ask yourself, ‘Have you done enough with what you have there to pay respect to the amount of work and effort and resources it took to get those ingredients in front of you in the first place?’”

South African chef and writer Mokgadi Itsweng champions indigenous foods in future food systems. “We’re suffering from malnutrition … social diseases like diabetes, all these things that our great-grandparents never suffered from. The reason being, they ate a lot of the indigenous ingredients.”

An unintended impact of urbanization in South Africa is shifting relationships with food. “When people move to cities, indigenous food knowledge is destroyed,” Itsweng said.

Itsweng described the indigenous foods that she grew up eating such as sorghum, millet and amaranth. “I’m bringing them back into people’s kitchens. … With climate change, COVID and food insecurity, we need those nutrient-dense foods back on our plates.”

To revive indigenous food systems and cultures, Itsweng has one simple piece of advice: “Speak to your grandmother.” The foods and cooking methods used for generations can inform today’s efforts to improve the food system, and elders are an unparalleled resource to help communities relearn how to eat sustainably.

A well-known figure in the U.S. farm-to-table movement, Dan Barber has long advocated to support local farms and farmers. Author of “The Third Plate” and chef and co-owner of restaurants Blue Hill and Blue Hill at Stone Barns, Barber reflected on the shifting trajectory of food culture in the United States.

The plates have shifted.

I love the Toni Cade Bambara quote, “The role of the artist is to make the revolution irresistible.” When it comes to the art of flavor and sustenance, this responsibility is no different. The role of the chef is to make a regenerative, circular food system tempting and delicious. To drive systems change through the allure of a perfectly prepared carrot rather than the threat of a stick.

“We as chefs are the strongest voice in the food chain in this moment,” Atala concluded. “We have a power, a power to transform a forgotten, an unknown, an undervalued ingredient into a sexy ingredient. Let’s use this power. Let’s feed people with love and maybe food can be a way to express it.”

Pull Quote
It’s not enough to ask people to put something on the plate because it’s the right thing to do. We want people to enjoy it.
Topics
Circular Economy
Food Systems