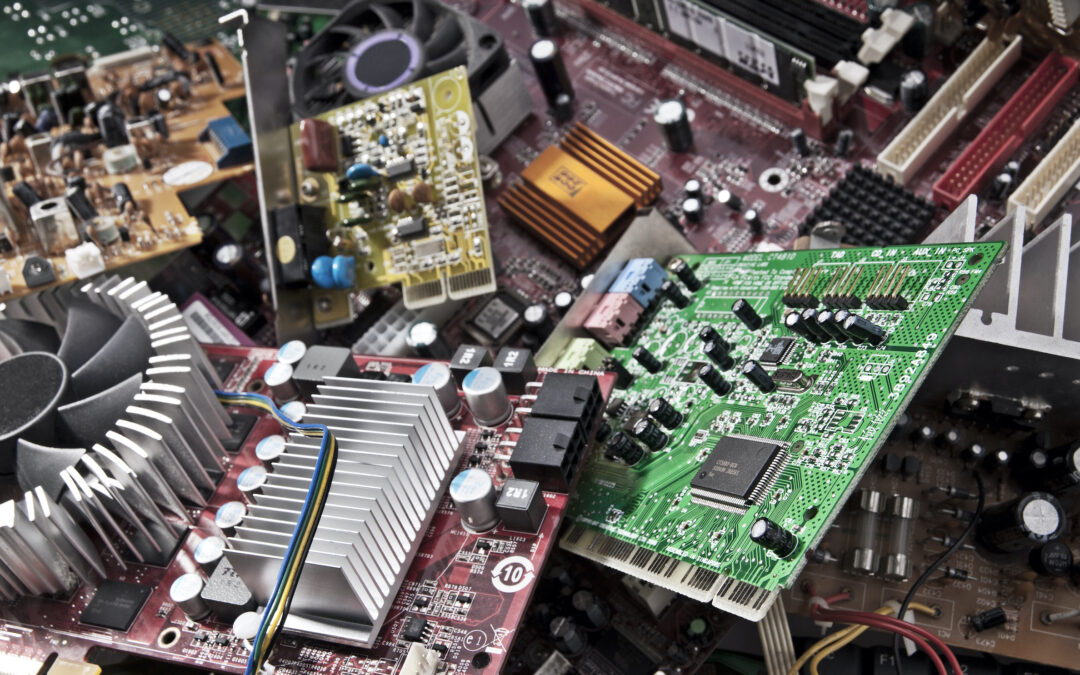 The primary reason I started covering the business of sustainability during the 2008 financial crisis wasn’t just because I was laid off from my position as editor of a technology trade publication. Quite simply, I had become obsessed with the tech industry’s then-blasé attitude about the seemingly intractable problem of electronic waste.

A dozen years later, it’s still a massive problem — although data released this week by Morgan Stanley suggest that shifting consumer mindsets about electronics recycling, refurbishment, repair and trade-in programs could be a catalyst for change.

First, some stats. According to a December report by the United Nations Environment Program, roughly 50 million tonnes of electronic and electrical waste is produced globally on an annual basis. By weight, that’s more than all of the commercial airliners ever manufactured, and only 20 percent of the stuff is formally recycled. (The operative word being formally, because a lot of it gets handled in informal ways that can inflict serious human and environmental damage. But that’s a subject for another essay.)

The numbers will never scale until collection is scaled.

When I started mining some of my stories from a year ago, those figures were eerily familiar. The amount of e-stuff collected and processed for some useful end — either mined for metals and rare earths or refurbished for a second life — definitely has been growing, thanks to companies such as Apple, Dell, HP Inc. and Samsung. But not nearly enough when you think of all the gadgets that have made it into the world’s hands over the past 10 years.

Interest in seeing that change is growing among consumers — at least before the pandemic really set in — according to research fielded in February by Morgan Stanley. More than half the individuals the financial services company surveyed — 10,000 people from the United States, United Kingdom, Germany, China and India — said they recycle old electronics devices. That’s up from 24 percent just two years ago. Close to half of them, 45 percent, said electronics recycling should be handled by the manufacturer.

Furthermore, close to 80 percent of the respondents reported that they repaired a device — or planned to repair — at least one gadget; 70 percent had bought or planned on buying a refurbished one. “As advanced robotics technology becomes more accessible, repairs and chip-set upgrades could become a more compelling method in making devices more ‘sustainable,’” Morgan Stanley noted in its report.

Great idea, but how does all this stuff get to a location where it can be repaired, refurbished or recycling? “The numbers will never scale until collection is scaled,” long-time electronics recycling executive Kabira Stokes told me when I chatted with her earlier this week.

Stokes founded her first electronics recycling organization in 2011 as a social purpose corporation and later sold Homeboy Industries. Homeboy Recycling, where she’s a board member, handles recycling for companies, notably HP — it has raised oodles of press for its workforce development program, which creates jobs for formerly incarcerated individuals.

She’s hoping to bring the same ethos as CEO of one-year-old Retrievr, which is (you guessed it) focusing on solving the collection problem. The company’s first market is Philadelphia, where it has contracted with the city and more than 80 nearby municipalities to pick up unwanted clothing and electronics that otherwise might wind up in places where we really don’t want it. Retrievr’s lead investor is Closed Loop Partners and it is advised by execs from Accenture and Google.

“This is a way to reach into people’s houses. In my mind, it’s the only way to move the needle,” Stokes said.

While Retrievr isn’t ready to talk about its partners in fashion and technology, it’s shopping the software behind its collection system as a way to help product makers get stuff back more easily, Stokes told me.

Historically speaking, many makers of stuff haven’t taken responsibility for its end of life. That’s changing as more explore circular production methods. Morgan Stanley’s analysis notes that consumers are particularly interested in trade-in options, with more than three-quarters of those surveyed hoping to participate in such a program by 2022. This isn’t just a matter of sustainability, it’s a matter of competitive advantage. The firm figures of the value of Apple iPhones that could be traded toward new devices is somewhere around $147 billion, an amount that could fund roughly 30 percent of new iPhone purchases over the next three years.

“We believe that now is the opportune time for manufacturers to invest more aggressively in infrastructure to support these types of programs,” the Morgan Stanley analysis notes.

Of course, it’s possible that if this same survey were fielded today, fewer consumers would be interested in repairs or refurbished devices or in trading the old for new. During a pandemic, things previously owned by others don’t have quite the same cachet.

One big wildcard is how the COVID-19 economic crisis — and potentially permanent new habits in remote working and education — might affect demand for personal computers and tablets. Think of how many households with multiple children have had to invest in additional devices in order to keep everyone online. Just last week, research firm IDC reported that second quarter PC shipments grew by double digits compared with a year ago. It could be exactly the right time to change the model.