This Louisiana tribe uses resilience to handle the pandemic 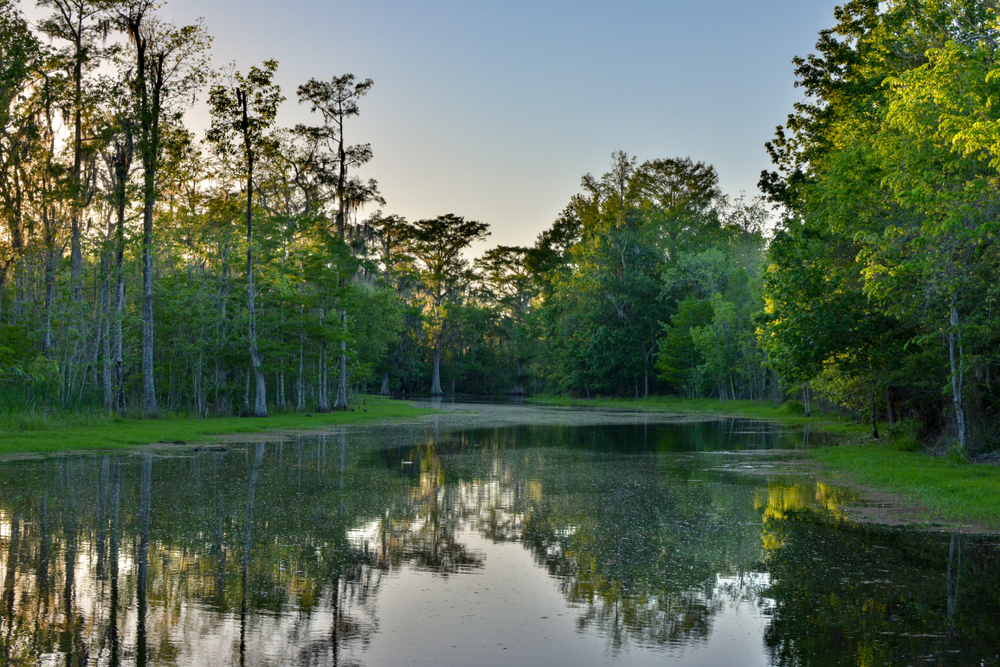 This coastal Louisiana tribe is using generations of resilience to handle the pandemic
Barry Yeoman
Wed, 07/01/2020 – 00:15

When the COVID-19 outbreak first reached Louisiana and residents were ordered to stay at home, Marie Marlene V. Foret tapped into some skills she learned seven decades ago.

Foret chairs the tribal council of the Grand Caillou/Dulac Band of Biloxi-Chitimacha-Choctaw, which has lived along the bayous south of Houma, Louisiana for generations. When Foret was a child in the 1940s and ’50s, her family packed up every fall and moved to a trapping camp at the edge of the Gulf of Mexico. Her father caught mink, otter and muskrat, which he sold to traders for their pelts. During trapping season, the family lived in a wood-frame house, insulated with newspaper and illuminated with coal-oil lamps. They ate what they grew and hunted: garden vegetables; ducks; and the coots French-speaking Louisianans call pouldeau.

Then the land around the trapping camp started to disappear. The engineering of waterways, oil and gas development and sea level rise have erased 2,000 square miles from the Louisiana coastline since the 1930s. As the Gulf swallowed the wetlands the tribe relied on, families moved inland, using traditional knowledge to gauge how far they needed to travel to protect themselves from the worst flooding while still supporting some of their foodways.

The engineering of waterways, oil and gas development and sea level rise have erased 2,000 square miles from the Louisiana coastline since the 1930s.

Foret lives in Bourg, about 20 miles north of where she grew up. On this shape-shifting edge of Louisiana, the Grand Caillou/Dulac Band has developed a set of practices to survive the slow corrosion of land loss and sudden disasters such as hurricanes. It has built cyclicality into its culture, assuming hardship will follow abundance and require periods of hunkering down. Tribal members make do with less and develop new ways to produce and share food. They also recognize that not everyone is equally self-sufficient, so younger members check in with elders to make sure their needs are met.

The coronavirus pandemic is testing how well these systems work. The Houma-Thibodaux metropolitan area, which has about 208,000 residents and includes the bayou country where tribal members live, has incidence and mortality rates well above the national average: 1,248 reported cases and 100 deaths as of May 12. Last month, Houma-Thibodaux briefly ranked 15th nationwide in a New York Times listing of metro and micro areas with the most cumulative COVID-19 deaths per capita.

By contrast, Shirell Parfait-Dardar, the Grand Caillou/Dulac Band’s traditional chief, said she knew of only one case among her tribe’s 450 members: a young man who worked at a shipyard and recovered after quarantining at home. While many Native American communities have high risk factors — overcrowding, chronic medical conditions and underfunded health care systems — and the pandemic has slammed Navajo Nation in the American West, Louisiana’s tribes appear to have been spared the brunt so far. The U.S. Census designates 0.8 percent of Louisianans as American Indian or Alaska Native, but those two groups account for just 0.04 percent of COVID-19 deaths statewide as of May 11.

Parfait-Dardar hopes the practices handed across generations will keep that number down and help her tribe and others emerge from the outbreak with minimal harm. “We have to have a really tight community system, and it has to function perfectly,” said the 40-year-old chief. “If it doesn’t, people die.”

We have to have a really tight community system, and it has to function perfectly … If it doesn’t, people die.

The past 15 years have tested the resilience of everyone living along Louisiana’s Gulf Coast, including the Grand Caillou/Dulac Band and the four other state-recognized tribes that live nearby. Increasingly destructive hurricanes have pummeled the coastline. Pollution plagues the region: The 2010 BP oil spill contaminated the Gulf, destroyed marshlands and shut down commercial fishing harvests on which many rely.

Both the storms and the spill are inextricably tied to coastal erosion caused by a century of human activity. The oil and gas industry has cut 10,000 miles of canals through marsh ecosystems, funneling saltwater inland and destroying freshwater root systems. Levees along the Mississippi River have prevented sediment from naturally replenishing wetlands. As those wetlands disappear, hurricanes deliver more storm surge and accelerate land loss.

Climate change caused by greenhouse gas emissions threatens to raise the sea level by more than six feet this century. Even outside hurricane season, the tribe contends with periodic flooding that damages septic systems, threatens cars and traps residents inside their homes. It’s a continuous onslaught.

After Hurricane Gustav in 2008, residents were blindsided by how high the water had risen, even in homes that were inland and elevated. They had to salvage property and dispose of dead chickens and goats. “That hurts to have to do that,” said Parfait-Dardar. “Your heart breaks.”

She remembers seeing anguish among her neighbors — but not paralysis. “We’ve been dealing with this forever,” she said. “We don’t have time to wait for [federal] funds to come in… We go to the elders. We clean out their houses. We start doing what we know we need to do. And we start getting things back to the way that they need to be.”

Parfait-Dardar became chief in 2009, and has spent much of her tenure thinking about longer-term adaptation. Hurricane Gustav confirmed that raising livestock is no longer viable for many people. “We will not suffer any animal,” she said. “The chickens and things that we once kept there are subject to random flooding. We’re not going to do that to them.” Some members live further inland and can continue to raise animals safely, she added. They share the products, mostly eggs and goat milk, with those in low-lying areas.

Parfait-Dardar is secretary of the First People’s Conservation Council, a collaboration of six Louisiana tribes whose representatives meet periodically to strategize about sustainable food production as the land disappears and soil is more frequently flooded and contaminated. Drawing from the council’s discussions, she encourages her tribe to create raised-bed and box gardens. In her own backyard, she built a raised-bed garden that uses a recycled trampoline as a trellis for green beans. Others are planting tomatoes, bell peppers and parsley in portable containers that can be moved if necessary.

“I’ve even seen somebody grow potatoes in a five-gallon bucket,” said Michael Gregoire Sr., a tugboat captain and tribal member. The tribe is exploring the option of planting in straw bales, which are movable and easily raised.

Flooding also has forced the Grand Caillou/Dulac Band, along with others on the Louisiana coast, to elevate their houses. They are considering other types of homes, too, including houseboats.

We’re having to try to navigate ourselves according to Mother Nature and how she’s changing.

These are 21st-century versions of what Foret learned about nimbleness as a child. “We’re having to try to navigate ourselves according to Mother Nature and how she’s changing,” said Parfait-Dardar. “We’ve thrown her off, and now we need to adjust what we’re doing in accordance with her.”

For many middle-class Americans, the COVID-19 pandemic is a first reckoning with food not being immediately accessible. Kinks in the supply chain, strained delivery services and fears of contagion inside supermarkets has made shopping a fraught experience.

Foret, however, opened her freezer and started cooking. There were lima beans, green beans and mustard greens she had bought from her neighbors’ gardens last summer, as well as shrimp from relatives’ boats, purchased 50 to 100 pounds at a time. Foret’s stepson, who lives with her, supplemented meals with curbside pickup at Walmart. But much of the dinner plate came from the tribe’s informal economy.

This strategy, designed to get Foret through the winter, is getting her through the pandemic. The acknowledgment of seasonality is common to Louisiana’s tribes, said Rev. Kristina Peterson, facilitator at the Lowlander Center, a Native-led nonprofit that promotes resilience in Louisiana’s bayou country. “The Hebrew tradition of sabbathing is also an indigenous way of being with each other and the Earth,” she said. While others are having trouble hunkering down, the coronavirus outbreak has “allowed the indigenous to be the indigenous without being [seen] as peculiar or weird.”

Tribal members have continued to take care of each other. Early in the outbreak, Parfait-Dardar shut down the sewing shop she owns and focused on tribal affairs. When Gov. John Bel Edwards issued his March 22 stay-at-home order, the chief, who chairs the governor’s Native American Commission, communicated by phone and email with a contact in the governor’s office. She urged strict enforcement to slow the spread of the virus.

Parfait-Dardar checked on tribal members and identified those most vulnerable because of their age or health conditions such as diabetes. Those who needed daily phone calls received them. Those who need live-in help got it from a relative. “Some [people] will put their mama or their daddy in an old-folks home,” said Gregoire, the tugboat captain. “That’s not us. Our parents took care of us when we were little. Now that our parents are older, we take care of our parents.”

Despite their isolation and self-sustaining practices, tribal members are affected by the economic downturn during the pandemic. Some work for the oil and gas industry, building and repairing vessels, and have seen their hours cut. Others do commercial shrimping, although demand for domestic seafood is down and many processors have closed temporarily.

In response, Parfait-Dardar reached out to U.S. Rep. Garret Graves, a Louisiana Republican who secured the federal purchase of 20 million pounds of Gulf Coast shrimp last month to help sustain businesses. Along with representatives from four other tribes and the Lowlander Center, the chief has asked Graves to help direct 60 percent of the purchase to indigenous and other traditional harvesters.

In an email to Southerly, Graves spokesman Kevin Roig said the congressman will “continue to encourage the U.S. Department of Agriculture to acquire the shrimp from diverse sources across our communities.” But another Graves staffer, Dustin Davidson, notified Parfait-Dardar in an email that USDA was planning to buy shrimp landed in 2019.

Parfait-Dardar said she’s trying to follow the lead of older tribal members who have survived other catastrophes and intend to survive this one. “It’s amazing here in bayou country,” she said. “Our elders are the ones that are most at risk for this virus. But yet they’re so calm. They’re like: Look, do not let this overwhelm you. We know that it’s a virus. We know that it needs people to spread through. We are used to being isolated. We are used to being away from everyone else. We just keep those same practices going.”

This story was originally published by Southerly and was supported by the Solutions Journalism Network.

Pull Quote
The engineering of waterways, oil and gas development and sea level rise have erased 2,000 square miles from the Louisiana coastline since the 1930s.
We have to have a really tight community system, and it has to function perfectly … If it doesn’t, people die.
We’re having to try to navigate ourselves according to Mother Nature and how she’s changing.
Topics
Food Systems
COVID-19